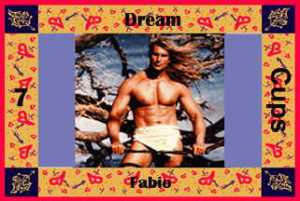 I feel disappointed  – and i am sure that you do too. All this books …

Become a good Tarot reader overnight – while sleeping on a train!

Learn Major Arcanum while running on a  treadmill!

Become a psychic Tarot reader while waiting the washing machine to finish!

But what about those of us who choose to serve the humanity as a warning ? Where do we get Know How?

Written sources are scarce, and all the adepts who  belong ‘The Secret Order of the Failed Readers’ have taken the vow of silence…

But here the story of the discovery of the best kept secret  – the secret of  the Failed Tarot Reader – gets an unexpected turn!

You see, i am a member of booksthatfellirrevocablyintooblivion.org and a few days ago i got an announcement they sent to all their members…

The content of the announcement was the following: ‘The Book of Failed Reader’ has been anonymously emailed into our site. After reading it, we have found emailing all our members to be of utmost importance and forwarding the instructions on how to download the book from an offshore server – a matter of immediate urgency.

Here is a quote from the introduction.

The age of secret is over. This book contains no hidden layers of interpretations, everything is written in plain English, in simple words.

The Way of the Failed Tarot Reader

Golden Rules of becoming a Failed Tarot Reader in a blink of an eye:

1. Never charge for readings. Do not accept any kind of favor or service in return for readings. In that way, you will immediately attract numerous clients.

2. Start by putting down every single reader you ever heard of. Badmouthing is the best medicine. They would never realize how different you are if you don’t make derogatory and malicious allegations, particularly about known and respected Tarot Readers.

Use your facebook wall , twitter and just about any other social network you can to do so.

3. Always use a deck you’ve never seen before for public readings.

When you pull the cards – you should look as surprised as possible on what they could possibly mean.

Always have handy numerous books and do not hesitate to read numerous contradicting meanings from them.

4. Memorize by heart the traditional meanings and do not ever surrender to the heretic thought that the cards could mean anything else. Ever.

5. You must impose your will on the sitter; the latter needs to be summoned and tamed by you – never let them open their mouth, protest, question anything you are said – or God forbid – say that the reading doesn’t resonate with them.

Alas, if the impossible has happened already – immediately resort to performing ceremonial banishing ritual, while chanting in a dead language of your choice. That shall teach them.

6. Candles. Your goal is to sell as many as possible to your sitter. Their price can never be high enough. Start at 400$ per candle.

Promise to return the lost lover, find a job, cast/remove black and/or white magic (or any other color of the spectrum)  – anything that boosts the sells of the candles.

7. Without looking at the cards,  guess what your sitter wants to hear and start from there. Always tell the sitter exclusively what they want to hear.

8. Claim infallibility – repeatedly and assertively. You can’t be wrong. Cards can be wrong, but not you.

9. If doing an online reading – remember that your primary skill is typing. Type as much as possible. Detailed description of the cards is a must, including the borders and the back of the cards. Actually, the best readings consist exclusively of card descriptions and attached lists of traditional meanings.

Write at least 1000 words on the background of every single card and additional 500 on the colors used, artwork and physical appearance of the figures depicted on it. Describe meticulously the bag in which you keep the cards – the material, prints, beadwork – all of it.

The meanings should be listed in the following way:

Include at least 78 pairs of meanings for every card – but do not expand on them.

10. Don’t forget to attribute your deck of cards with as many super-natural powers as possible; give spoken or written account of demonic possession, teleportation , ectoplasm  and all other paranormal activities in which the deck engages against your will – whatever  you believe to be alien to and intimidating for your sitter, as it lies outside the range of their usual experience.

Everyone wants to be famous, and your sitter in the first place! They wouldn’t have come to you had they wanted to remain anonymous!

Write down as many intimate details of their reading as possible and post them all over internet with name, age and location of your sitter included so there can’t be any confusion about whom it is!

Make sure that your sitter learns about the efforts you are making – as they will certainly appreciate them!

Of course, normally, i wouldn’t believe something I read on the Internet, but… please check this out for yourself, since it is free: http://www.thefailedreader.com/

caption text: “In our dreams, Elle MacPherson has no cellulite and Fabio never has a bad hair day. It’s better that way.”  – Melanie Bacon; image of 7 of Cups (Fabio) stolen from her website: http://www.hollywoodtarot.com/

4 thoughts on “The Way of the Failed Tarot Reader”