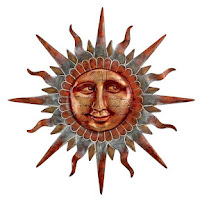 Many thanks to my cyber darling Managua for yet another sunny surprise, he is the guy who by default sees the light where it’s concealed – as it  seems – by default.

We are all a part of the new phenomena of BLOGOSPHERE – of the brand new paradigm, the most revolutionary and most exciting shift the written word made ever since the Guteneberg’s invention of the printing press.

Gone is the middle man – the publisher, gone is the monopoly on information, gone is the editor – in our parts, hand in hand with the infamous censor, followed by its doppelgänger – the self-censor…

Gone are beach reads, chick lit and all other euphemisms used for fiction of low quality – and the new phenomena is born – that of the confessional and memoir blogging.

It will take time until all of it is canonized, academi-zed and, basically, subjected to all kinds of ISMs which will eventually make it mainstream and probably – over time – quite boring and passe and something newer will be born then…

For now though, we are enjoying the ride, the free flowing, the utter lack of mercantilism and the profound immersion in the unadulterated joy of the intellectual exchange and emotional bonding with folks who are wired the same way.

We could say it’s all very much like some cyber version of Huxley’s Chrome Yellow, in which he conceived The Brave New World where (in words of Mr. Scogan, one of the characters) an “impersonal generation” of the future “take(s) the place of Nature’s hideous system. In vast state incubators, rows upon rows of gravid bottles will supply the world with the population it requires. The family system will disappear; society, sapped at its very base, will have to find new foundations; and Eros, beautifully and irresponsibly free, will flit like a gay butterfly from flower to flower through a sunlit world.”

In the cyber, mind you. Otherwise, many (most?) of us couldn’t and wouldn’t give up on some previously existing commitments – be those down to an spoiled-rotten cat, eccentric parents, an ancient system of belief and a tiny nation – or anything and anyone else that’s, by our own choice or not, between us and the abstract category of the ‘absolute freedom’.

Yet, within blogosphere, miracles are the norm.

Within last 72 hours or so, i’ve been with Managua to Starý Smokovec – don’t listen to his exalted ravings, it’s a boring Slovakian village for which – for unbeknownst to me reasons – he has a thing.

Larry and i had one of those posh academic exchanges about stuff we both know, but call different names;

the moving force behind realmanure and i have developed one of those epic bonds that transgress the personal and local, rectifying thus the universal;

I was with sohojay in NYC, we mourned.

I met lichtbilwefer and they told me of goats’ skins and sweetened teas in places mysterious and not-so-clean.

I check out on Zoey regularly, she got under my skin.

Bonnie Cehovet told me of urban magic and where to find it in the city.

Nonoymanga got me hooked on Manga, hand drawing and animation – and i became their follower number 1001.

I’ve peeked into the curious cabinet of Le Fanu, everyone’s favorite Tarot collector in the far off lands.

Jema tok me for a stroll in Savannah – she hadn’t warned me though it will be snowing! I was taken aback by encountering fully dressed giraffe walking on her back legs – accompanied by an easygoing elephant – but it turned out to be the norm when it’s snowing in Savannah!

Stephen took me for a walk along the cobbled streets in Stromness; Author Dianne Gray pointed out that fickle finger of fate, while wondering wasn’t it all just a little too intense for her own good…

Amras was telling me about healing powers of crystals and the pirate whose heart got stolen by the sea, told me the story of the Copper Sun…