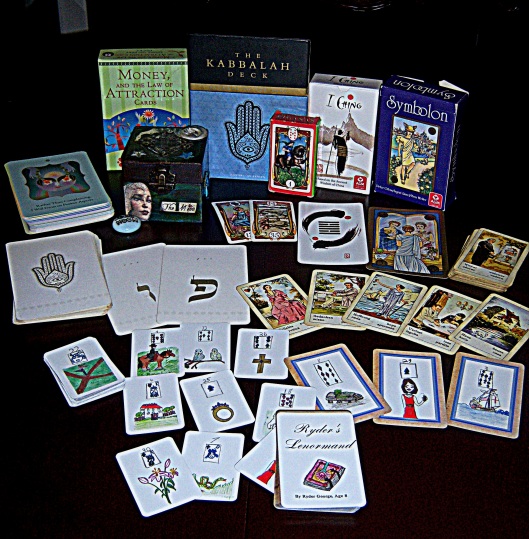 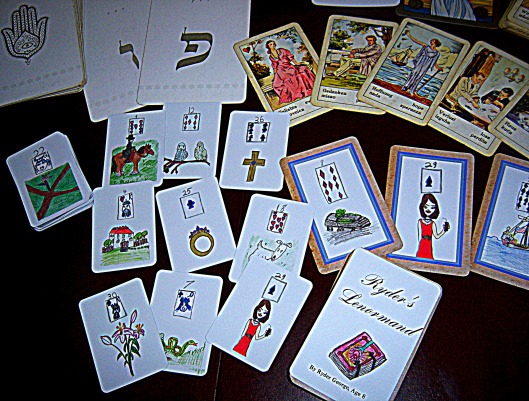 Here they are, in all their glory:

1. First among equals: The Kabbalah Deck, Pathway to the Soul by rabbi Edward Hoffman – probably the only “kosher” Kabbalah deck around (besides KC’s 72 Names of God cards which are not exactly a deck, but a prayer in a form of cards.)

3. I Ching by Klaus Holitzka, the Book of Changes illustrated in traditional Chinese watercolor paintings;

4. Law of Attraction Cards published by Hay House with great affirmations and even greater illustrations;

5. Moonstone oracle by my beautiful and talented friend from Germany – Morwenna Morasch;

7. Piatnik’s Gypsies, Zigeuner Wahrsagekarten, the deck i inherited from my grandmother;

8. The Faeries Oracle by by Brian Froud and Jessica Macbeth: 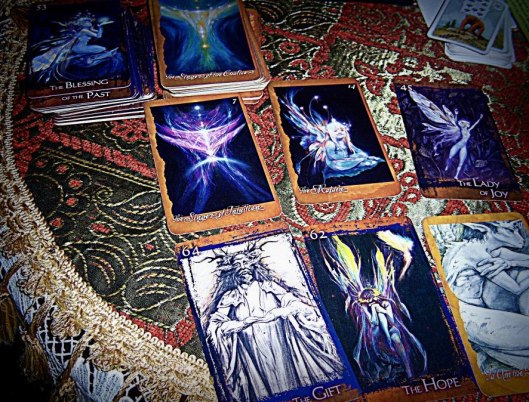 capture of an actual reading i did for a friend 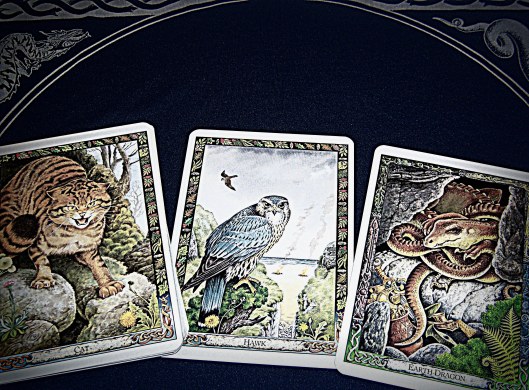 10. And the latest addition to my All-Darlings Collection: an amazing Fortune Telling deck – Ryder’s Lenormand by genius eight years old artist – Ryder George who is visionary and a seer son of worldwide known spiritual counselor and a friend of mine – Rana George.

I am a third generation reader in our family – i’ve written on what is it like in The Fortune Teller – so i know what blessing it is… It’s not that we are passed some family secrets, unavailable to others – all hereditary readers i know of pass their knowledge to others happily, it’s that from an early age we are blessed to be free from fear.

In Ryder George’s case – this unlimited vision comes together with an amazing artistic talent. 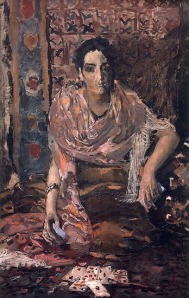 Mine was predestined, you see. Summer school break lasted three moths; in early June grandmother Embroideress and i would board the train to the old country, carrying the provisions in wicker food baskets. The journey across former Austro-Hungarian Empire would take two days and we would have at least two main meals and five or six snacks until we would reach its once North-West border and the former Duchy where she was from.
Preparing the baskets beforehand was time consuming and would take considerable amount of logistics – breaded chicken, meatballs stuffed with eggs, sourdough bouls, fluffy crescents and wafer cake cut into bite size pieces would be wrapped in foil and placed in the basket alongside plaid cloths, plastic glasses and sour apple juice in thick green bottles; these elaborated movable feasts were the highlight of the journey.
I would be mostly reading and napping until the train reached Hungarian border and busy customs officers rushed through the compartments greeting travelers Jó napot kívánok while quickly scanning their passports; soon after that, the bulging train would depart making plethora of noises – roaring, squealing and honking- as if it was kvetching about the heavy burden that had befallen it…