I got up at dawn and for last five hours or so i’ve been researching the (scars) info on the owner of the amazing house number 53 in Bolyshaya Morskaya street, St. Petersburg. I got there by chance, the meeting i attended was held there – and i almost felt my jaw hitting the floor from utter amazement! I am posting the pictures for you to see – this is definitely NOT something you expect to get at some Chamber of Commerce!

As you would imagine, being a life-long student of humanities, i am not impressed with commerce in the first place.

But, it’s a long story and feel free to skip the stream of consciousness intro to follow…

If you are striving to be anything like a (presumably) independent person trying to earn the living by writing as honestly as possible on reasonably intelligent topics… You are standing right there on the edge of the slippery slope, like Tarot Fool does.

Studying arts and humanities is generally considered quite futile, given that you are not a royal offspring, with nothing else to do  – whereas all the subjects related to consumerism, all kinds of marketings and similar idiocies, are considered to be a feet-on-the-ground and pragmatic course in life… But is it?

Could be due to my growing up in the times of planned economy and all kinds of market deficits – but i really see no worth neither in advertising nor in any of it sick cousins. If the product is good & needed, it will sell, the rest… Well, it’s mostly ‘ol good greed that brought upon us the global economic meltdown and all stemming from it gruesome consequences.

Mostly peeps choose to turn the blind eye and do something , without overthinking it, but – if they do think for whom they are working and why, chances are they are in for quite an unpleasant surprise.

Hear him out: “The world financial system is a total fraud.  It is one gargantuan Ponzi scheme, no better than the one Bernie Madoff used to swindle his friends and neighbors, and thousands of times worse if you add up the total number of victims it has ripped off over countless generations.” (Adopted from globalresearch.ca)

Then there is a lengthy and credible explanation of how it happened – which makes sense even to my mind, alien to all kinds of conspiracy theories; there is even a plan how we could make it work. The things is that i had several ideas myself – and have worked for decades to implement them, i lived to see them sprouting and… decaying.

Be it a religion or a political doctrine, something happens to it instantly upon human interference – it gets corrupted beyond recognition.

There is usually a fool or two (i think idealist would be the appropriate euphemism) in the beginning and then the opportunists take the matters into their hands… From there on – it’s all downhill.

Anyways, we as humanity seem to be duped and after the active “Confucianist” phase where i actively sought to change things, i’ve pretty much given up and resorted to – minimalism. (And i’ve written on that too, in The Tao of Ruth.)

Honestly, for myself, except thinking, writing and NOT buying stuff i don’t absolutely need, for now i don’t see other means of personal resistance.

In an earlier essay i quoted  American educator Abraham Flexner  who back in 1939 warned of  the dangerous tendency to -as Maria Popova puts it – to forgo pure curiosity in favor of pragmatism.  (A. Flexner, Usefulness of Useless, pdf)

More than seven decades passed since he wrote those Orwellian words – but, sadly, not much seems to have changed.

So, nothing new under the sun, but it is rather strange – given my general aversion to the contemporary economy, that i ended up in St. Petersburg’s Chamber of Commerce.  Yet the way of man is froward and strange and once there, i was in awe, literally, its rooms and decorations are a museum material. I asked around whose it was before the revolution and someone vaguely responded the house belonged to some baron, an adventurer who traveled extensively in India and of whom little is known. Well, that sounds like a plot of one of the infamously poorly written Dan Brown’s novels! Thus,  this morning i spent five hours trying to get the history of that house in Bolyshaya Morskaya 53.

Chamber’s website teasingly advertises:  Don’t miss the chance to see with your own eyes the rooms of the castle of P.P. Golenschev -Kutuzov- Tolstoy, but there is no mention of who the gentleman was. Both surnames, Kutuzov and Tolstoy are big in Russia and from there i dug unto the tzarist archives and old registers so to figure out who on earth could amass such wealth and what for. So, according to Russian State Historical Archive, Pavel Pavlovich, listed as the home owner, was the grand-grand son of the famous field marshal of the Russian Empire, one of the finest diplomats under the reign of the Romanov Tzars  – Mikhail Kutuzov, whose name is inscribed in golden letters in Russian history for it was he who repelled Napoleon’s invasion of Russia in 1812.

The noble family of Golenschev-Kutuzov had several branches and if i am following it correctly, named Pavel Pavlovich’s father was the filthy rich Pavel Matveevich, Godfather of Emperor Paul I, the only son of Catherine the Great, who was assassinated only five years upon ascension to the throne. (For a long time, the rumors were spread that the latter was delusional and mad, yet the truth seems to be different – he wanted the nobility to adopt a code of chivalry, had discovered outrageous corruption in the treasury and all in all his policies were viewed as a great annoyance to the “noble class”.)

Another offspring of that famous noble line was Pavel Vasilyevich , one of the conspirators in the mentioned assassination of the Paul I and chief-executor of Dekabrists… Having read that in the trustworthy encyclopedia, my heart jumped. Dekabrists or Decembrists as Britannica lists them, were Russian liberal princes and revolutionaries who had raised against one of the most reactionary rulers in Russian history – Nicholas I, the son of the assassinated Paul I.

There is very little if anything positive to be said of the autocrat Nicholas I, whereas Decembrists were back then what Occupy movement is today. They remained an everlasting inspiration for Russian writers and liberal thinkers of all times and even back in the day, they were supported by Leo Tolstoy, Aleksandar Pushkin and pretty much everyone else intelligent,  progressive and patriotic.

Pavel Vasilyevich is known for the blood-chilling note he sent to the autocratic emperor, upon the execution of the princes – revolutionaries he was overseeing and that in my eyes casts a heavy shadow on the merits he had earned as a general and a diplomat. (He had fought in 1812 Russo Turkish War and escorted the Emperor to the Congress of Vienna.)

But, what is the relation between the executor and the owner of house in Bolyshaya Morskaya 53 , who bear the same surname – that i couldn’t find out, regardless of all the materials searched.

While P.P. Golenschev -Kutuzov- Tolstoy’s life story remains a mystery and will eventually become a subject of some future fictional memoir, the times and circumstances in which this amazing house was built seem familiar: occasional  progressive rulers were opposed by corrupted nobility – the 1% of the time, there were individuals with noble intention to make it all better, there were intellectuals who supported them, but all in all, the greed and thirst for power dominated and the majority got duped and all of it the history pushed under the rug because this or that war was won… Sadly, i don’t see that much has changed for your average Joe, Jean Dupont, Juan Peres, Jan Janssen and Mrs. Cohen from Hadera, for whose well-being presumably all those wars are fought.

I’ll end on a brighter note and with another quote by Hon. Paul Hellyer:

“The internet is providing power to the people that they have never enjoyed before.  The young people of the world, in concert with the thousands of their parents and others who care about the state of the world can use the power of social networking to effect a miracle on their own behalf and that of succeeding generations.“ 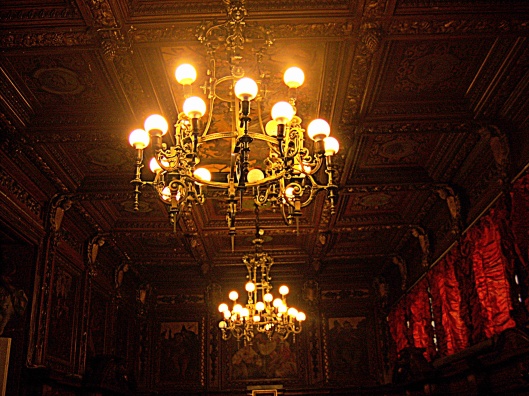 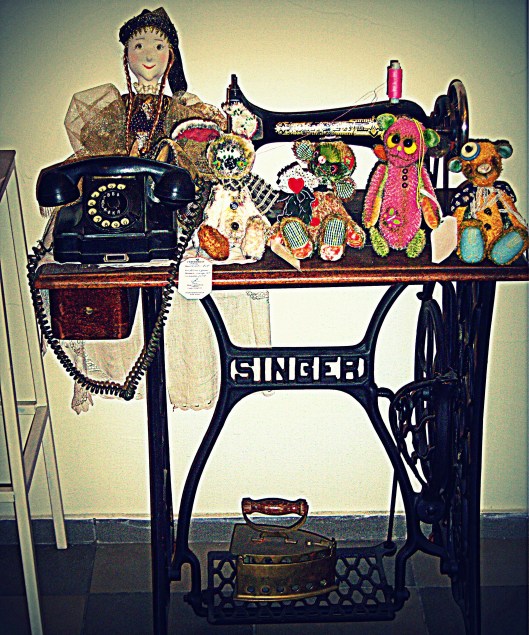 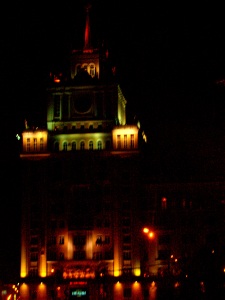 What’s Fifth Avenue to NYC – that’s Tverskaya to Moscow, the street starts at Kremlin and runs north to the direction of Saint Petersburg; Tverskaya was there as early as the 12th century, back then it connected medieval Moscow with the historical capital – city of Tver.

In the 17th and 18th centuries, inhabited by aristocracy, it was the heart of Moscow’s social life; even the tsars (emperors) were arriving from the Northern capital – via Tverskaya – to the Kremlin and several triumphal arches were raised to commemorate the coronations.

Pushkin‘s Tatyana, in her chariot, was taken down the Tverskaya, street  towards her future husband and a new life…

The columns of the city gate

Past sentry-boxes now they dash,

Past shops and lamp-posts, serfs who lash

And crosses black with flocks of daws.

winter at Tverskaya street (the illustration is all over internet, i presume it’s in public domain) 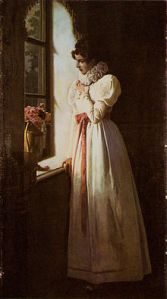 Tatiana Larina, the heroine of Pushkin’s novel-in-verse, by M.Klodt 1886

Ralph Fiennes and Liv Tyler as Onegin and Tatiana in 1999 remake of the movie revived what’s probably one of the saddest scenes ever:

Pushikin is the poetry master of Russian Literature -“Eugene Onegin”  consists of 389 stanzas of iambic tetrameter with the rhyme scheme “AbAbCCddEffEgg”, where the uppercase letters represent feminine rhymes (with an additional unstressed syllable), while the lowercase letters represent masculine rhymes (stressed on the final syllable) – it became known as the “Onegin stanza” or the “Pushkin sonnet”; the classic of Russian literature in Lieut.-Col. Henry Spalding translation can be downloaded from gutenberg.org

…Her house he enters, ghastly white,
The vestibule finds empty quite—
He enters the saloon. ‘Tis blank!
A door he opens. But why shrank
He back as from a sudden blow?—
Alone the princess sitteth there,
Pallid and with dishevelled hair,
Gazing upon a note below.
Her tears flow plentifully and
Her cheek reclines upon her hand.

“Oneguine, all this sumptuousness,
The gilding of life’s vanities,
In the world’s vortex my success,
My splendid house and gaieties—
What are they? Gladly would I yield
This life in masquerade concealed,
This glitter, riot, emptiness,
For my wild garden and bookcase,—
Yes! for our unpretending home,
Oneguine—the beloved place
Where the first time I saw your face,—
Or for the solitary tomb
Wherein my poor old nurse doth lie
Beneath a cross and shrubbery.

“‘Twas possible then, happiness—
Nay, near—but destiny decreed—
My lot is fixed—with thoughtlessness
It may be that I did proceed—
With bitter tears my mother prayed,
And for Tattiana, mournful maid,
Indifferent was her future fate.
I married—now, I supplicate—
For ever your Tattiana leave.
Your heart possesses, I know well,
Honour and pride inflexible.
I love you—to what end deceive?—
But I am now another’s bride—
For ever faithful will abide.”

The thing is that it’s close to impossible to translate Pushkin’s verses properly; either the rhythm will be lost – or the vocabulary changed beyond recognition; even the great Nabokov was nearly ridiculed and had lost a life-long friend over his endeavor of a kind (see: The Strange Case of Pushkin and Nabokov. )

Thus, while Onegin remains one of the most popular reads in Russia – sadly, for the West it’s mostly lost; Tverskaya street too is nowadays mostly known not for the praises sung to her by Russian classical poets – but for being among the world’s top ten most expensive streets; at the Ritz-Carlton tenants like  Carrera y Carrera are said to be paying as much as $650 per square foot. (Source: CNN Money)

As Cicero would put it: O tempora o mores 😉